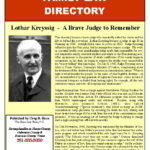 Click these links to download in PDF a draft of the 2017 Harris County Family Law Directory attorney listings .  The PDF file is large so this draft is divided alphabetically by attorney's last names in three groups for easier downloading: Last names A through G:  2017 Harris Co Fam Directory Draft - A - G  Last names H through O:  2017 Harris Co Fam Law Directory Draft - H - O Last names P - Z:    2017 Harris Co Fam Directory - Draft - P - Z Click this link to download the correction form you can e-mail or fax to fix your listing or add or delete an attorney: Directory Correction Form Lawyers move, retire, and change names, so I need your help with corrections.  Look at your listing and send me any needed corrections by fax or e-email on the form provided.  The complete directory will list over 1,300 lawyers and have handy listings of courts in Harris County and surrounding counties, custody evaluators, business appraisers, translators, etc.   Please make sure your ... END_OF_DOCUMENT_TOKEN_TO_BE_REPLACED

President Trump is being sued in several pending cases.  His lawyers have begun to file motions claiming he cannot be sued while he is in office.  If a sitting President were sued for divorce by his wife, this argument would probably be made for the President. Click this link to download Trump's answer in federal court in reply to a defamation suit filed by a former reality show contestant who claims Trump groped her: Trump motion - President cannot be sued Click here to download the plaintiff's very persuasive response to Trump's claim of immunity: Zervos response to Trump claim of immunity Click on this link to download the U.S. Supreme Court opinion in Jones v. Clinton: case ... END_OF_DOCUMENT_TOKEN_TO_BE_REPLACED 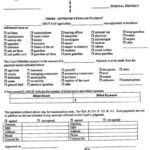 A very small, select number of attorneys make hundreds of thousands of dollars each year because they are appointed by family and juvenile court judges to be amicus attorneys representing children in private custody cases where the parties can afford to pay very large fees.  The law that requires random appointment of lawyers for most positions (infamously called the "wheel") specifically does not apply to amicus attorneys or discovery masters.  Each judge has the unfettered, and largely secret, ability to reward certain lawyers with these very lucrative appointments. There is no way to really track who gets these appointments, which judges make the appointments or how much the appointees are paid.  Public transparency and accountability has been sorely lacking for years.  Now the Harris County Family District Judges are requiring a new reporting form to bring transparency to this issue.  I applaud the judges, but more is needed. In a case where wealthy parents are fighting over ... END_OF_DOCUMENT_TOKEN_TO_BE_REPLACED

Writing is a lot harder than reading. Acting like a journalist as I have in my little lawyer newsletter is one thing, but trying to write fiction is down right scary. I read a ton and I can be very critical of bad writing myself, so it is all too easy to imagine someone trying my story and not liking it at all. There is a sense of embarrassment in advance that people I know are going to read my made-up tale. I know what I would like to read, but I am not sure I can form the words in a way that even I would like. So, I apologize beforehand for what you are about to read. If it sucks, let me know quickly please. I have read enough to know that every great story, like The Hobbit, seems to involve an ordinary character swept up into an extraordinary adventure that takes the protagonist from his usual environment and throws him into extraordinary danger, pitted against a scary arch-villain. I am a simple divorce lawyer and a political junky, so what could be more of an adventure ... END_OF_DOCUMENT_TOKEN_TO_BE_REPLACED

A serialized novel about a Houston attorney representing the First Lady in a divorce against a sitting President. This fiction is a work in progress. ... END_OF_DOCUMENT_TOKEN_TO_BE_REPLACED 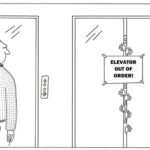 Harris County voters in 2007 approved bonds to fund construction of a new family law center, but instead the family courts were moved to the Civil Courthouse.  Suddenly, the number of visitors to the Civil Courthouse quadrupled.  Worse, all but two of the family courts were put at the top of the building, on the 15th and 16th floors.  Now, we are all going to pay the price for this poor planning for months because of elevator problems.  Six elevators serve floors 8 - 17 and six elevators serve floor 2- 8.  All public elevators and the one freight elevator serve the basement and the first floor. The one freight elevator serves all floors.  Judges and court staff have private elevators. Recently, three of the six public elevators that serve the upper floors where most of the family courts are have been out of operation.  This week, even the freight elevator went out. Judge David Farr sent this announcement out last week: I know that there has been tremendous frustration with the ... END_OF_DOCUMENT_TOKEN_TO_BE_REPLACED

Court orders in Texas almost always provide for automatic decreases in the event one child turns 18, graduates high school, etc.  A few cases have upheld automatic future INCREASES in child support.  In re D.S., 76 S.W.3d 512 (Tex. App. - Houston [14th Dist.] 2002, no pet.) involved two parents who were physicians.  The parents entered into an agreed order that provided that the father would pay $500 a month child support during his three years of medical residency and then pay $1,500 a month beginning on the date he would be expected to enter private practice.  The father decided to take a fellowship after his three years of residency and he argued that his pay was a lot less than anticipated and he sought to reduce his $1,500 per month child support obligation that had automatically kicked in.  The trial court refused to modify the prior order and the father appealed. The Houston Fourteenth Court of Appeals held: Automatic increases in child support are generally unenforceable ... END_OF_DOCUMENT_TOKEN_TO_BE_REPLACED 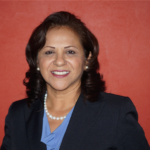 I was prepared to write the headline, "Houston, We Have a Problem" during the second week of newly elected Judge Julia Maldonado's term, but I truly think things have turned around in the 507th.  I am ready and willing to criticize a Democratic judge if the facts warrant, but I am starting to be impressed by what I am seeing. Judge Julia Maldonado cannot raise campaign funds for a while as she is not up for re-election until 2020. Usually, once a lawyer is elected judge, attorneys swarm to contribute money after the fact. However, Maldonado’s post-election fund-raising was surprisingly anemic, despite the fact that a large number of family law attorneys are progressive and really Democrats. Maldonado had to stop raising funds on March 8 and I think that some of the unusual and concerning procedures she initially adopted upon taking office discouraged many lawyers and dampened financial support for her. Currently, the 507th is not, thank goodness, requiring the filing of sworn ... END_OF_DOCUMENT_TOKEN_TO_BE_REPLACED 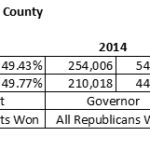 Our family law judges can start fund-raising in May if they are up for election in 2018. Lawyers can expect to be hit up from many of different directions for contributions during the next year and a half. Democrats sense that the unpopularity and incompetence and policies of the Trump administration may change the usual voting patterns in Harris County, where Republicans usually win in non-presidential election years. It is easier to motivate voters with anger and fear than it is civic duty. It is well known that demographic changes in Harris County will mean that sooner or later all of our judges will be Democrats. The Legislature is considering eliminating straight ticket voting for trial judges, but it is not clear to me which side that will really help. Judge Roy Moore is far ahead of the judicial pack in organization and he has a fund-raiser planned for Tuesday, May 16, 2017 at B&B Butchers, located at 1814 Washington Avenue.  Judge Moore has for months been sending out ... END_OF_DOCUMENT_TOKEN_TO_BE_REPLACED 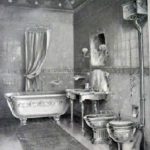 The Sherlock Holmes stories published under the purported authorship of Conan Doyle provide frequent (and often contradictory) descriptions of the rooms at 221B Baker Street rented by Holmes and Watson. No story ever directly mentions either a bathtub or a water closet (toilet). In The Disappearance of Lady Frances Carfax, Holmes deduces that Watson has enjoyed the Turkish baths and asks him,“Why the relaxing and expensive Turkish rather than the invigorating home-made article?” In The Sign of the Four, Watson returns to Baker Street after a long day of sleuthing and Watson was,“limp and weary, befogged in mind and fatigued in body.” But then Watson writes,"[a] bath at Baker Street and a complete change freshened me up wonderfully. When I came down to our room I found the breakfast laid and Holmes pouring out the coffee.” This passage makes clear that Watson’s bedroom was upstairs from the sitting room and states the obvious, that the renters were able to take a bath in their ... END_OF_DOCUMENT_TOKEN_TO_BE_REPLACED