The Enos Law Firm Serves Families in and Around Houston, Texas and Galveston, Texas.Contact Us to Set Up Your Consultation281-333-3030

In our mobile world, parents and children often move from one state to another or even to other countries. Custody disputes, including cases where one parent kidnaps a child, are much more complicated when the case crosses a state or international border. The Enos Law Firm has experience in inter-state and international custody cases and the laws and treaties which apply to them.

Texas, like most states, has adopted the Uniform Child Custody Jurisdiction and Enforcement Act (UCCJEA). The UCCJEA is a uniform state law that determines which state’s courts have jurisdiction to make and modify child-custody determination. The Act requires that State courts enforce child-custody and visitation made by sister States

The main points of the UCCJEA are:

The UCCJEA assures that a single court will have jurisdiction over custody proceedings, even if the child has been abducted by a parent or guardian.

International child custody cases often involve a treaty called The Hague Convention on the Civil Aspects of International Child Abduction, which creates a mechanism for the quick recovery of a child wrongly taken to another county. Eighty nations have ratified this treaty (a list of such countries can be found at http://snurl.com/hcmembers) and 59 have entered into specific agreements with the United States concerning the return of children under this treaty. Most countries from the Middle East and South America have not ratified this treaty nor have Japan, mainland China or the Philippines. An application for return of a child under the Hague Convention may be made when a child is taken or retained across an international border, away from his or her habitual residence, without the consent of a parent who has rights of custody, if the two countries are parties to the Convention. The child must be promptly returned to the habitual residence unless the return will create a grave risk of harm to the child.

The Enos Law Firm can represent parents from other countries if their child is taken to Texas in violation of the custody rights of the custodial parent. An emergency lawsuit for the return of the child under the Hague Convention can be filed in either state or federal court.Call Us Today 281-333-3030
A very detailed report on the Hague Convention presented to Congress in 2004 can be found at:
http://www.loc.gov/law/public/reports/child_abduction.pdf.
The U.S. Department of State can provide assistance and information if an American child is taken to another country (for more information, see: http://travel.state.gov/family/abduction/abduction_580.html). The National Center for Missing and Exploited Children can also provide help in parental kidnapping cases (http://www.ncmec.org/). 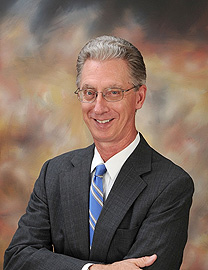 If you need a Galveston Child Custody Lawyer look no further then The Enos Law Firm, PC. Call us today.

Attorney Greg Enos, has 33+ years of legal experience and is Board Certified in Family Law by the Texas Board of Legal Specialization. The Enos Law Firm handles divorce, adoption and child custody cases in Harris County (Houston), Galveston, and Brazoria County, Texas. Greg Enos has been through his own divorce and child custody battle (he won) and understands what his clients are going through. Enos is very involved in local politics and charities and he is a former Bar Association President. Enos speaks at legal seminars on family law educating attorneys and judges and he publishes legal directories and a legal newspaper that are widely used and read by Houston area attorneys and courts. Enos is a respected leader of the legal profession working to improve family courts.

Call 281-333-3030 to schedule a confidential consultation. Phone appointments are available for prospective clients who live in other cities or countries or are traveling for business.

The office of The Enos Law Firm is in Webster, Texas, in the Clear Lake area between Houston and Galveston.
Click Here for a map