I was prepared to write the headline, “Houston, We Have a Problem” during the second week of newly elected Judge Julia Maldonado’s term, but I truly think things have turned around in the 507th.  I am ready and willing to criticize a Democratic judge if the facts warrant, but I am starting to be impressed by what I am seeing.

Judge Julia Maldonado cannot raise campaign funds for a while as she is not up for re-election until 2020. Usually, once a lawyer is elected judge, attorneys swarm to contribute money after the fact. However, Maldonado’s post-election fund-raising was surprisingly anemic, despite the fact that a large number of family law attorneys are progressive and really Democrats. Maldonado had to stop raising funds on March 8 and I think that some of the unusual and concerning procedures she initially adopted upon taking office discouraged many lawyers and dampened financial support for her. Currently, the 507th is not, thank goodness, requiring the filing of sworn inventories even in uncontested, agreed divorces, as it was in the first two weeks of Maldonado’s term.

Maldonado is reading every order submitted to her very carefully and she will not sign agreed orders approved by attorneys and parties if she thinks the order deviates from the Mediated Settlement Agreement unless attorneys appear and explain the deviation to her. It is impressive that a judge takes her duties so seriously and the public probably assumes that judges do indeed carefully read orders before they sign them. However, in the busy, real world it is very unusual for judges to take the time to double check orders approved by all counsel and compare them word for word to the settlement agreement or MSA.   Parties can agree to deviate from the terms of a MSA.  An agreed final order signed by the parties and their lawyers (who presumably know what they are doing) that is slightly different than the MSA should usually still be signed by the judge.  For one thing, most orders based on mediated settlement agreements include the standard form merger language that says any difference between the order and MSA are resolved by the order governing.  I just finalized a contentious divorce that settled at mediation and Judge Maldonado caught an error in the divorce decree that was a definite change from the MSA which the lawyers and clients did not catch or discuss because we used standard form language.  I was a little peeved to have to appear on such an issue since everyone had signed the decree, but I had to admit Judge Maldonado was correct.  The prove up testimony asked her to approve the MSA and did not mention this slight deviation from the MSA.  Maldonado simply requested that the lawyers tell her either this change had been agreed to (it had not) or to change the decree to conform to the MSA.  Maldonado even changed the decree for us and then signed it.

So, lawyers beware.  Judge Maldonado really is carefully reviewing the orders you submit and she and Associate Judge Jim Evans are reading motions and briefs before the day of your hearing.  Is this attention to detail what electing Democrats gets us?

And, to be clear, Maldonado no longer requires sworn inventories at every prove up, only for default judgments. 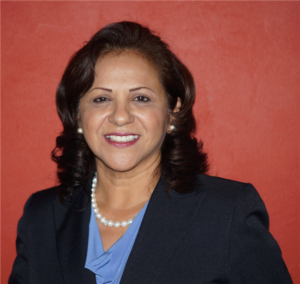 Maldonado’s campaign treasurer has been her good friend Sonya Heath. In Cause Number 2011-75729, the mother is represented by Doug York. The contested custody case was in Judge Charley Prine’s court but Judge Prine recused himself at York’s request after Prine considered an ex parte TRO without York being called.  The case was reassigned to the court of Judge Alicia Franklin York (the wife of Doug York). Judge Franklin York recused herself immediately and the case was assigned to the 507th on December 30, 2016. Judge Maldonado took office on January 1. On January 3, Doug York took on a new co-counsel, Sonya Heath, the treasurer for Judge Maldonado. York is considered a competent, aggressive lawyer, so it is not clear why he needed a co-counsel in his usual stomping grounds of Harris County. Heath does not seem to have played much of a role in the case so far according to the District Clerk file (where curiously, all documents are viewable even though almost all of them are marked as containing sensitive data).

It is my understanding that Judge Maldonado (who cannot control what cases her friends take on) has, to her credit, has made it clear that influence cannot be purchased in her court.  I suggest lawyers come to the 507th very prepared and very familiar with the pleadings they have filed.

I will continue to expect that my cases in the 507th, and in every other court, will be decided based on the facts and the law and on what is fair and reasonable, not who the lawyers are or who the lawyers know.