This sad, heartfelt introduction to the Judge Alicia Franklin scandal is reprinted from the September 3, 2014 Mongoose newsletter.

We understand our parents more and more as we age ourselves.  “Enthusiasm” was something my father had for everything in his life: his work as a school principal, organizing his garage, caring for the yard, serving his church, taking apart and reassembling a washing machine just for the challenge, and raising four boys.  My Dad loved his work, and for good reason was one year named “National Principal of the Year.”  When the school district would move him to yet another troubled school that needed help, the parents and teachers at his old school would protest and demand that he stay. 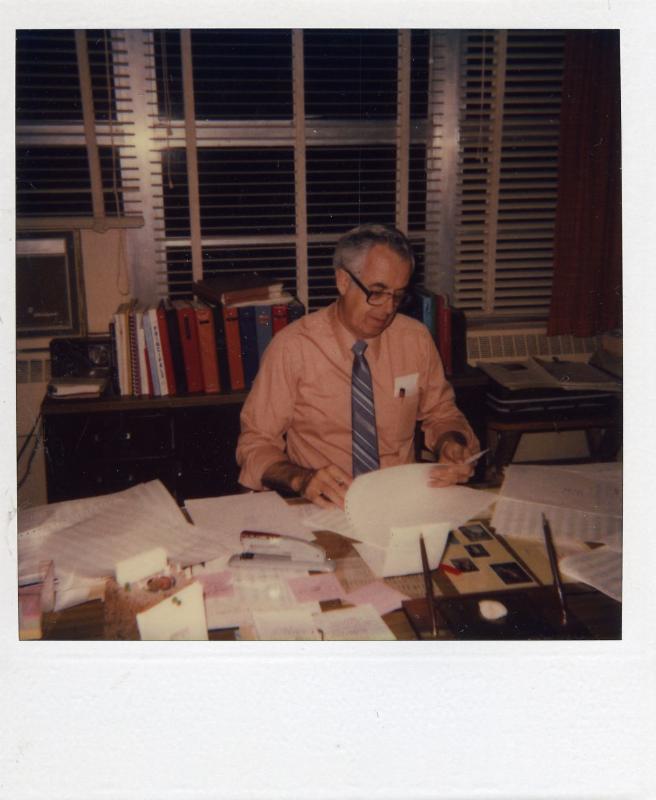 The only time I can recall my father ever being really upset about his work that he loved so much involved a student who was a cheerleader, student body officer and apparently a pretty, likeable, smart young lady who the school staff just adored.  This young woman had been caught in a really complex cheating scandal that involved payments, theft of teachers’ passwords and even breaking into a teacher’s car, as I remember.  My Dad was devastated that this young woman had been involved with such a wicked enterprise and that he was going to have to break the news to her proud parents and suspend her from school.  He was deeply disappointed and so hurt that he had to do his duty and embarrass the girl and dramatically change her young life.  It was one time when he did not want to go to his school the next day.

At the time, I had little sympathy for the girl.  I had just had my heart broken by a cheerleader and I felt little pity for her kind.

Now, I know how my father felt.

I truly like Alicia Franklin personally and I do not want to embarrass her or cause her problems. I have even come to actually like her fiance, Doug York (outside of the courtroom). But, the facts are the facts.  I would be a stinking hypocrite to go after “poor,” defenseless, little Gary Polland regarding his pay for CPS court appointments and then stay silent when I became aware of what Judge Franklin has apparently done.  Luckily for Polland, I got my hands on Franklin’s pay vouchers first.

I could easily just keep quiet and let the Democrats and the Houston Chronicle work Franklin over and see what happened.  In fact, I had it made in the 311th finally, since the new Judge Franklin held her position because I had been a prime mover in driving her crazy predecessor out of office.  Toni and I almost never socialize without the kids and we had gone to dinner with York and Franklin and really enjoyed ourselves.  Franklin is young, bright and enthusiastic and seemed so committed to doing a good job as a judge.  I was truly fired up about her until the stinking facts got dumped in my lap.

I am writing this newsletter despite the fact that I know Franklin will be a judge through December and she may well win in November and then preside over the 311th for four more years (unless something bad happens that cuts her judicial career short as occurred with Judge Pratt).  However, let me note that a recent survey from July shows Wendy Davis and Greg Abbott tied in Harris County and the Democrats have a ground game this year that the Republicans cannot possibly match.  Do not assume that you know for sure who will win here locally in November.

I am writing this even though I contributed financially to Franklin’s campaign and I did a lot of work behind the scenes to get Franklin to switch from running for the 247th to the 311th District Court.

Franklin’s Democratic opponent, Sherri Cothrun, on a Saturday let me know that she had obtained all of the pay vouchers Franklin had submitted to Harris County for payment.  Cothrun only had time to look at random at two days in May 2014, the first and sixth, and the total hours Franklin had billed were 18.5 and 21.0 hours in a day.  I looked at the Franklin invoices for May that supported those totals and realized that Franklin had billed 23.5 hours on May 5.  Knowing that Franklin and Cothrun were meeting with the Chronicle editorial board on Monday, Cothrun graciously agreed to send me the documents she had and let me share them with Franklin, so that Alicia would not be blind-sided on Monday by these allegations (facts, actually).  Cothrun, to her credit, felt that it was only fair for Franklin to know in advance what she would have to explain when they met with the Chronicle‘s editors.

I was so very surprised and upset by what Cothrun had found.  I told Cothrun,”I was really hoping that you would look and not find anything serious.”  Cothrun actually replied,”It sounds weird, but so was I.”

Now, Cothrun has sent me the hundreds of pages of invoices Franklin submitted to the county during her legal career so that I could have them analyzed.  Given that I helped put Franklin into office and I have strongly supported her campaign, anything I find will have more credibility, hopefully, than what her political opponent would try to publicize.

I have investigated and confirmed the facts set forth in this newsletter about Judge Franklin.  With sadness and regret, I have concluded that these facts suggest possible criminal acts which should be investigated by a prosecutor.  I am calling for an independent prosecutor and not the District Attorney’s Public Integrity Unit to investigate the bills submitted by Alicia Franklin and other attorneys for work they claim to have done on CPS cases.
I am not flatly accusing Judge Franklin of committing a crime.  I am sadly and reluctantly pointing out 100% provable facts that create a reasonable suspicion that something very wrong has been done.  I really wish Judge Franklin would provide her side of the story to convince us otherwise.

The facts described in this newsletter also show extremely poor ethical judgment by Judge Franklin and violations of the Canons of Judicial Ethics, which apply to judicial candidates as well as judges.

I am today writing the District Attorney, the State Bar of Texas and the worthless Commission on Judicial Conduct about these matters and asking for an investigation by people with resources and power far beyond me.

I am truly saddened to the core of my being to be writing this particular newsletter and I really wish you were not reading these words.

I think Alicia Franklin, a few years ago, fell in with the “wrong crowd” of attorneys and judges who are part of the pay-to-play, corrupt court appointment system in Harris County.  Franklin is too smart not to know what she was doing was wrong.  However, she could see a lot of other attorneys were doing it and making a lot of money with almost no chance of being caught.  So, I theorize that Franklin simply started doing what other attorneys were doing at the expense of Harris County tax payers.The behavior described in this newsletter, however it first began, was committed in the last few months while Franklin was running for judge and at a time when she should have known she would be under close scrutiny.  Some of the bad behavior you will read about occurred after Franklin became a judge.

Franklin has not provided me with a written response to the questions posed in my last newsletter, so I must guess what her defense would be.  “I made a mistake” is simply not a believable defense to the facts I reveal in this newsletter.  Franklin is way too smart to make such “mistakes” over and over.

The actions of Alicia Franklin in her billing as a court appointed CPS attorney are important because Franklin is now a judge.  What standard will Judge Franklin herself apply in court to a parent who says they did not intend to violate the court order over and over because “I did not understand” or “I made a mistake.”  I assume Judge Franklin herself would not accept the argument “I never expected to get caught” or “everyone else is doing it.”

These are ugly, tough words I am writing about this young woman, but the stories in this newsletter are based on 100% provable facts.

I wrote harsh words about Franklin’s predecessor, Denise Pratt, but no one ever said Pratt profited from the crazy things she did.  The stories in this newsletter go to the fundamental character of Alicia Franklin and her ability to tell right from wrong.

I hope that my words have some credibility because I have twice stuck my scrawny lawyer neck out to publicly expose what judges have done wrong and both times I was vindicated.  I took on Judge Dupuy in Galveston and he was eventually removed from office and convicted of the criminal charge I first lodged against him.  Denise Pratt resigned to avoid indictment based on information I uncovered and provided the District Attorney.  I really hope to someday get myself out of this particular line of business, so let’s hope this is the final time I feel compelled for whatever reason to call out a judge for his or her very bad behavior.