Reprinted from the October 7, 2014 Mongoose newsletter.
I filed a criminal complaint against Judge Alicia Franklin and she is not saying “I didn’t do it.”  Instead, she defends herself by saying,”Everybody does it.”  A Houston Chronicle article of September 21 started this way:A prominent line of defense has emerged for a newly appointed family court judge accused this month of false billing when she was working as a court-appointed lawyer representing abused children: Everybody does it.

District Court Judge Alicia Franklin, the subject of a criminal complaint alleging she broke the law by billing for more than 24 hours of work in a single day as a court-appointed lawyer in Child Protective Services cases, has explained the high hours by saying she was billing for work done by associates and support staff.

Click here to read the entire article, which also includes these quotes:

“It [the statute on payment of CPS ad litem fees] sure does imply that it has to be hours worked by the actual ad litem and, I would think, especially for substantive work as opposed to more clerical things,” said Austin family lawyer Jimmy Vaught, chair of the family law section of the State Bar of Texas.

Vaught said he itemizes bills for private clients so they know what they are being charged for and said he would expect the same, or higher, standards for taxpayer-funded work.  His predecessor, Houston family lawyer Sherri Evans, the immediate past chair of the family law section, noted that the statute says “shall” rather than “may.”

Arlington-based family lawyer Toby Goodman, a former state representative who authored the 2003 bill that put that family code provision into place, said he has no problem with court-appointed lawyers billing for work done by associates or support staff but would expect it to be meticulously itemized and for the rates charged to be different for work done by the lawyers versus work done by their associates and staff, as it is in the private sector.  “If this particular judge is billing 24 hours out a day for her time and it’s not broken out, that’s inappropriate,” he said.

“If the story is that this is what everybody does, that doesn’t make it right,” she [Sherri Evans] said.  Evans, the immediate past chair of the family bar, said she believes the system as it exists now is being abused and needs to be fixed. 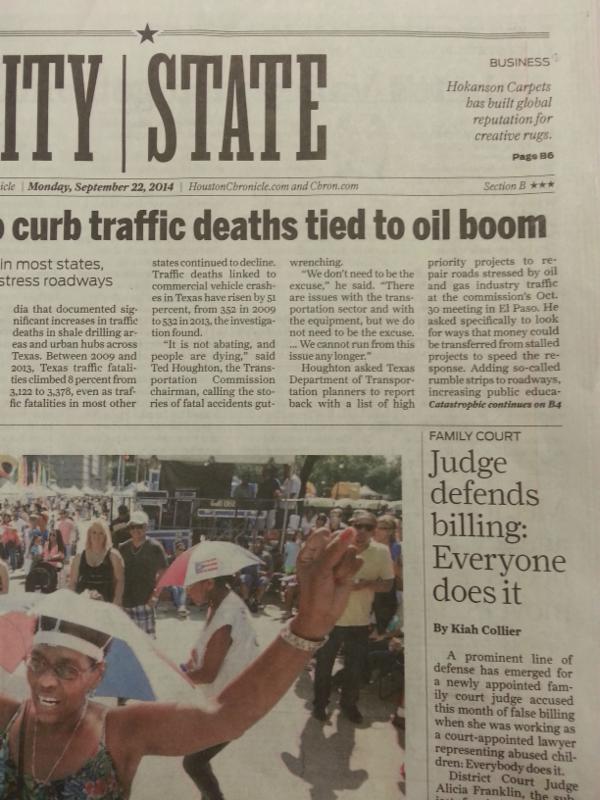 If a teenager in my home gets caught plagiarizing others’ work on a take-home history test from school, would I accept this defense?

Dad, everyone is doing the same thing I did!  Plus, the teacher did not specifically tell me not to use what others had written and the test form did not have a specific place to note which work had been done by others and not me.  Just because only my name appeared on the test papers and I signed them does not necessarily say that all of the work was by me!

I would expect even a 14 year old to know right from wrong and she would still be grounded at my house no matter who else was doing the same, unethical thing.