Reprinted from the September 16, 2014 Mongoose newsletter.  There is no doubt that in some instances, a lawyer who falsely bills the county for court appointed work can be convicted and sent to prison. 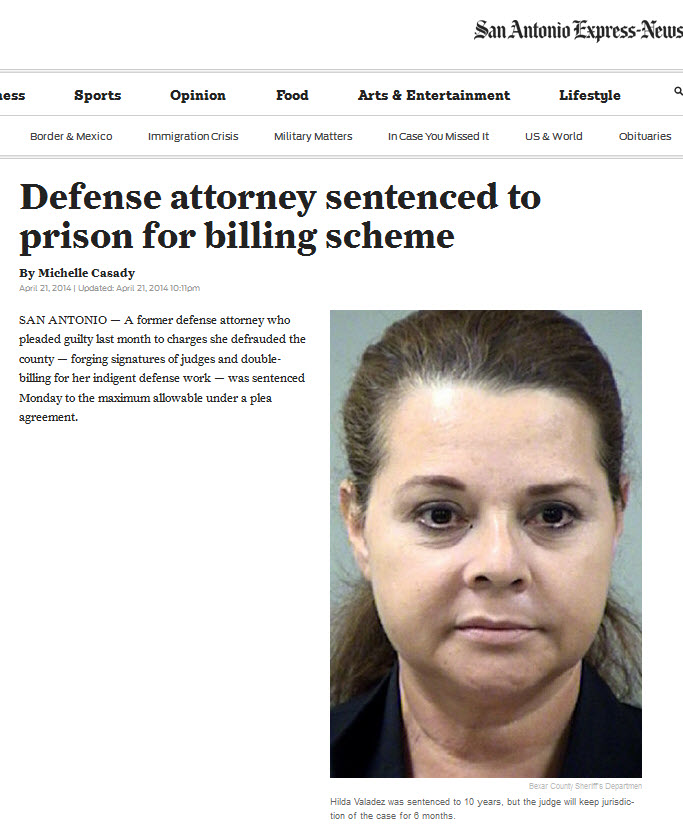 Last week, I was in an outlying county discussing this CPS billing scandal with some very good criminal attorneys.  They were all amazed by the huge fees that are awarded to CPS attorneys in Harris County and they all agreed that what Alicia Franklin had done when she was billing as a CPS attorney was clearly totally wrong.  Their debate was on the odds that Franklin could be convicted of a crime.  They noted that the CPS pay vouchers do not specifically say that the attorney submitting the voucher was stating “under penalty of perjury” that only she did the work billed for.  They argued over whether it is a crime to submit a pay voucher that gives the false appearance that only one attorney did the work while not explicitly making that statement on the voucher.  In fairness to Franklin, I certainly recognize that a truly independent prosecutor or grand jury or criminal jury may well conclude there is not enough evidence to indict or convict her of a crime.  I am firmly convinced, however, that what Franklin and others have done in CPS billing, with the assistance of a few judges, is ethically and morally wrong.

I say again, as a former fan and supporter of Alicia Franklin and as someone who helped in so many ways to get her in the position she is in now, I am truly saddened and disappointed by what I have had to report about her.  This smart lady should have known better and the people who care about her should have given her much better guidance and advice.

I am also pondering a thoughtful and heartfelt apology to Anthony Magdaleno, who ran his campaign seeking reform and refused to curry favor to the big slate endorsers in the GOP primary.  I mistakenly reached the pragmatic and ignoble conclusion that Anthony could not beat Pratt in the primary without those endorsements.